Help for the Inventor

Universal Licensing, LLC, (“UL”), is located in Owings Mills, Maryland and West Palm Beach, Florida. Incorporated in April 2000, UL has quickly become one of the most influential licensing companies in the field of sports licensing. UL is now expanding its business to include invention licensing.

UL is led by its founder and attorney Michael A. Freedman, who has been in the practice of law for over 35 years with a diverse practice, including trial litigation. In the mid 1980’s Mr. Freedman entered the field of entertainment, representing international artist Jean Albert Renaud and the nationally known pop group Bootcamp. Shortly thereafter, Mr. Freedman launched Vision Quest Records garnering a national award for album cover design.

In the early 1990’s Mr. Freedman became a partner in the national licensing firm Licensing Super-Stars and Legends. As the lead attorney Mr. Freedman licensed, among others, Johnny Tocco Ringside Gym of Las Vegas which featured George Foreman, the internationally recognized Spartan Sporting Goods and the Estate of Rocky Marciano. In the late 1990’s, Mr. Freedman, working with business and sports executives from around the country launched the International Basketball League which included teams in Baltimore, St. Louis, Las Vegas, San Diego, and Richmond.

UL is proud to announce that it has been awarded the worldwide licensing rights for Microbe Health, Inc, a California corporation that manufactures and sells apparel and uniforms to hospitals, clinics, nursing homes and other health institutes. The initial product line includes scrubs, lab coats, t’s, gowns etc. These products are treated with the best antimicrobial solution available in the market place at a savings of at least 25% over competitors who do not use any antimicrobial agent in their product. UL is currently preparing to enter negotiations for investment and international product placement.

In preparing and negotiating a multitude of varied licensing agreements, Mr. Freedman has gained a knack for obtaining the best possible results for his clients whatever their field of activity.

UL is pleased to be working with clients referred by United Patent Research in order to provide licensing services so that inventors may fulfill their dream of having their invention nationally marketed. Some of these inventions can be found on our website: 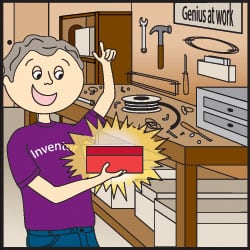 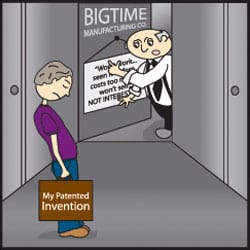 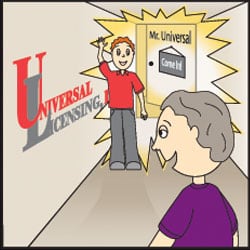 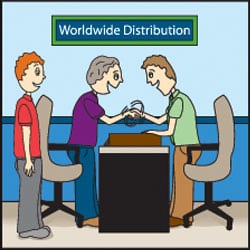